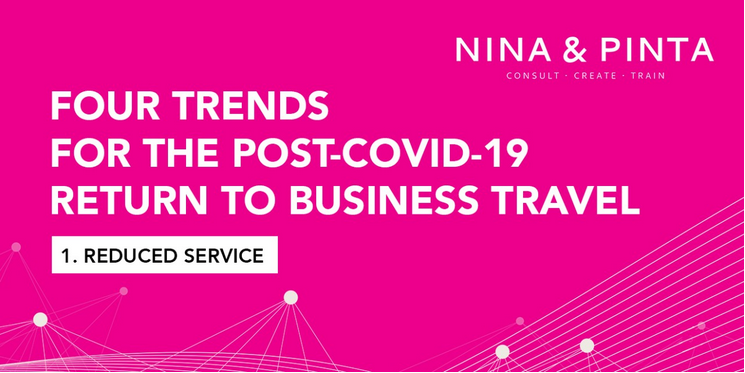 This is the first article in a four-part series to be released by Nina & Pinta consultants this week. Keep an eye out for upcoming pieces by Chris Crowley, Mark Williams and Garth Jopling.

Will there be a return to “normal” business after the pandemic? Well, that is difficult to judge as there are so many variables. The most obvious one seems to be that there is unlikely to be an end to the pandemic until a vaccine is found and the best case scenarios still put this at 12-18 months away.

It is unlikely that we will remain in this lockdown (shelter in place) environment until then, however. A collapsed economy serves nobody, so how will this transition into some form of movement again and what will it look like?

We suspect that movement will start gradually – beginning with short, domestic journeys largely via ground transportation – before transitioning to the longer trips such as regional (international is most parts of the world or bi-coastal in the U.S. and Canada) before the long haul trips come back into play as the new normal.

This will be influenced by any number of factors, not the least of which include virus flare ups where governments may once again close borders and restrict travel. Additionally, travellers may not feel comfortable traveling and this will need to be a factor for consideration for organisations.  More…

Leave a reply Click here to cancel the reply